At this home in Waltham a stone wall had collapsed during a heavy rainstorm – fortunately it missed the car that was parked below!  As it turns out this wall was dry laid and built up against an existing concrete wall.  We at Concord Stoneworks would not have suggested this method given the circumstances.  A dry stone wall can be the most cost effective way to offer favorable aesthetics and a sturdy long lasting structure, however, in this case the structure was already in place.  This wall was purely decorative in which case some sort of stone veneer would have been the most appropriate method. 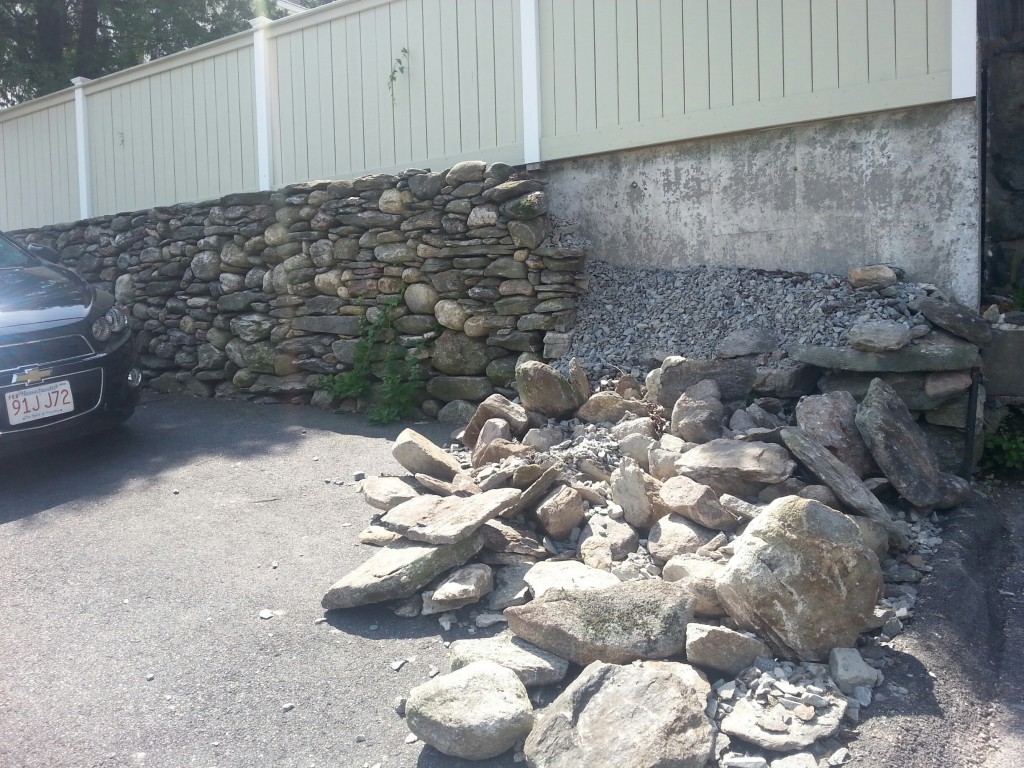 For whatever reason the builders decided to build a dry stone wall.  They gave the new stone wall a thickness of ~2 feet and built it against the concrete wall behind.  This could have been a acceptable method, however, they did not stack the stones properly and gravity in combination with hydrostatic pressure caused it’s collapse.  Building a dry stone wall takes a unique skill set in which the stone mason lays each stone so that the force of gravity works in one’s favor to hold the wall together.  In this case we would have wedged the stones and battered the wall back for strength.  However, this builder built the wall straight up and set the stones level.  Being on downward sloping hill, the stones eventually slipped out and the wall collapsed.

The homeowner, not wanting to rebuild the entire wall, tasked us with rebuilding just the collapsed portion.  For this we removed the remaining base stones and rebuilt the wall with mortar and by wedging the stones and battering the wall slightly back.  The goal was to build a sturdy wall that still matched the existing.  By using minimal mortar we were able to mimic the aesthetic of the dry laid wall while giving the new portion additional support. 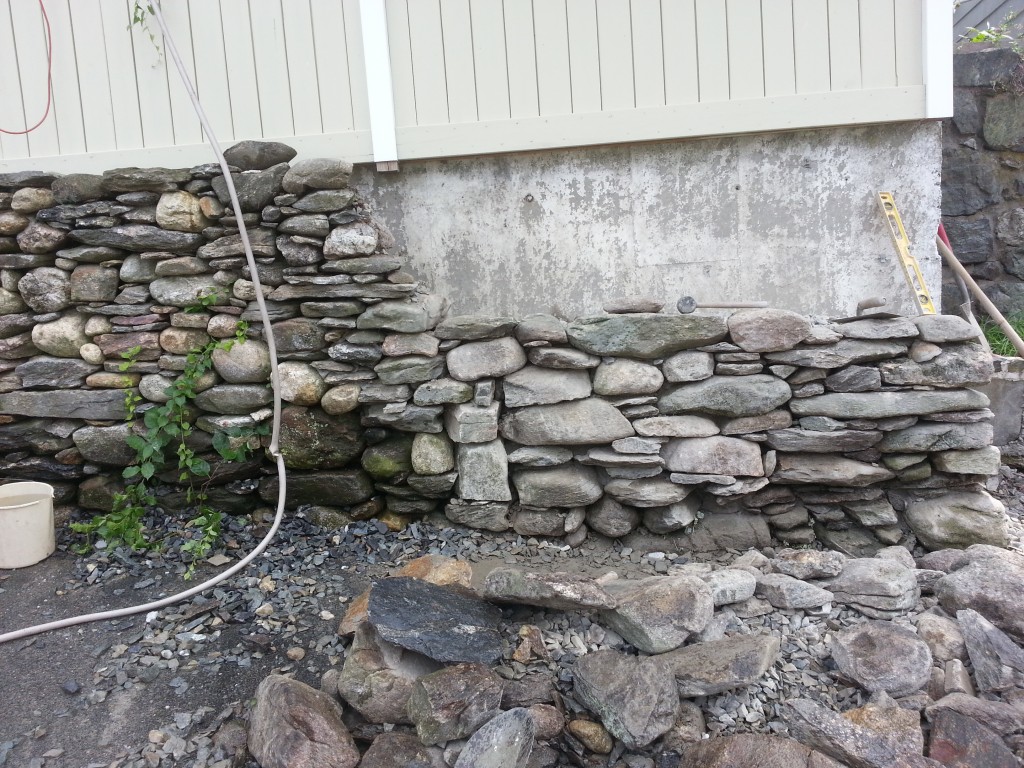 After removing the base and re-laying, here is the wall halfway built.  And pictured below you will see the finished product. 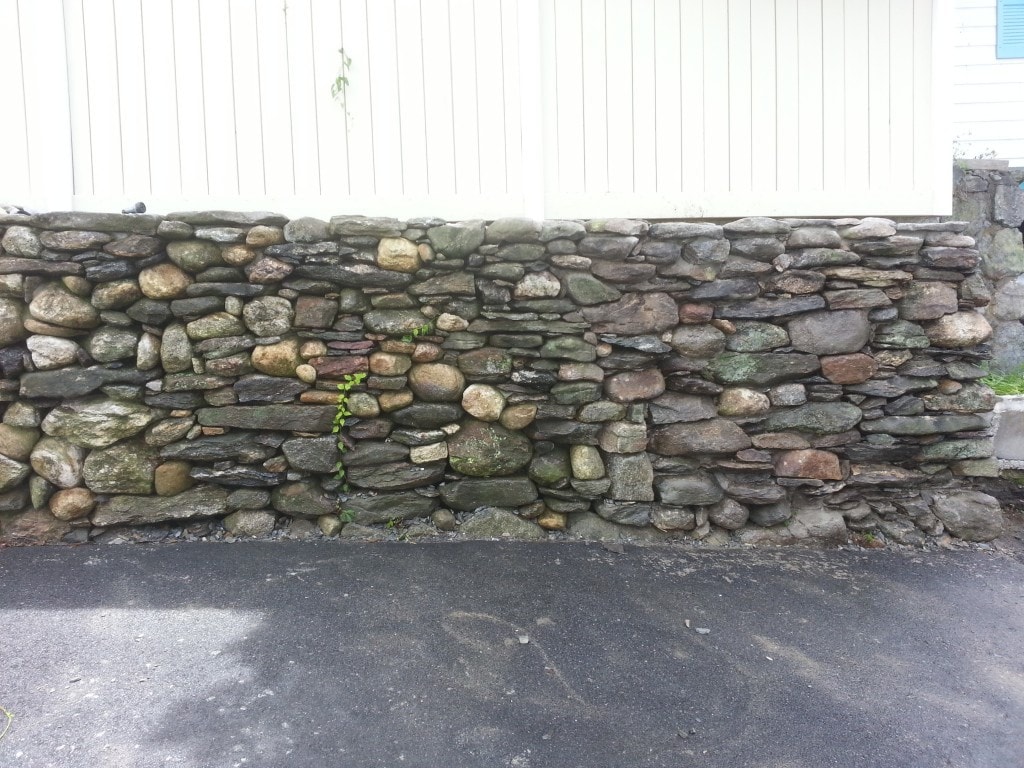 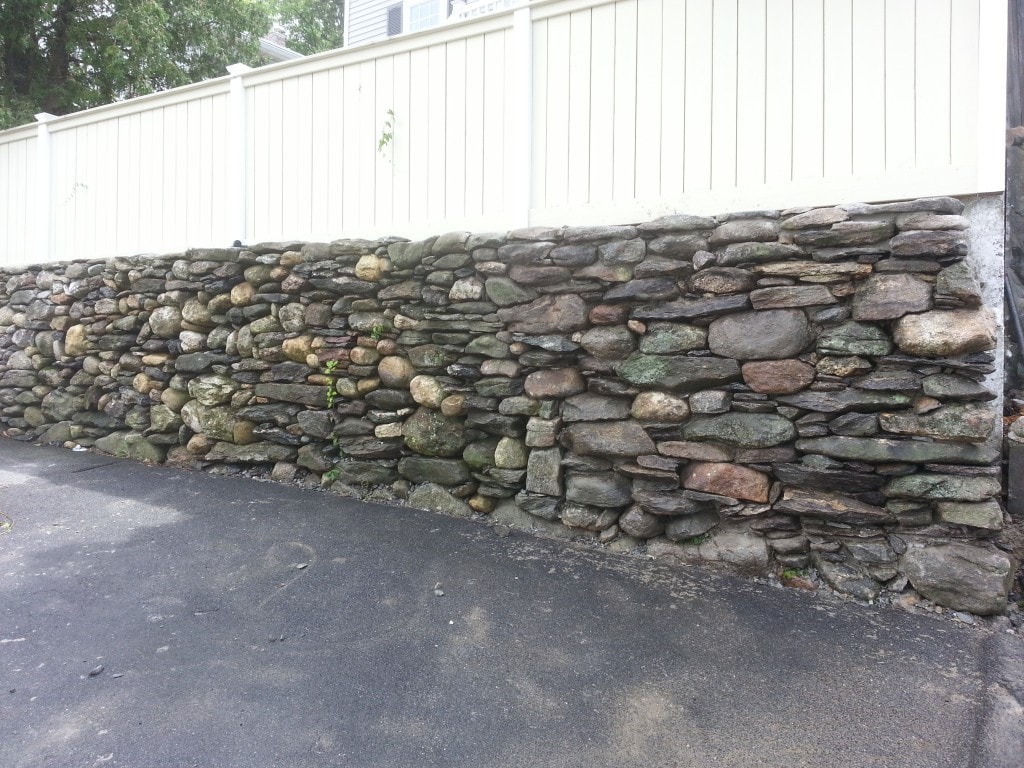 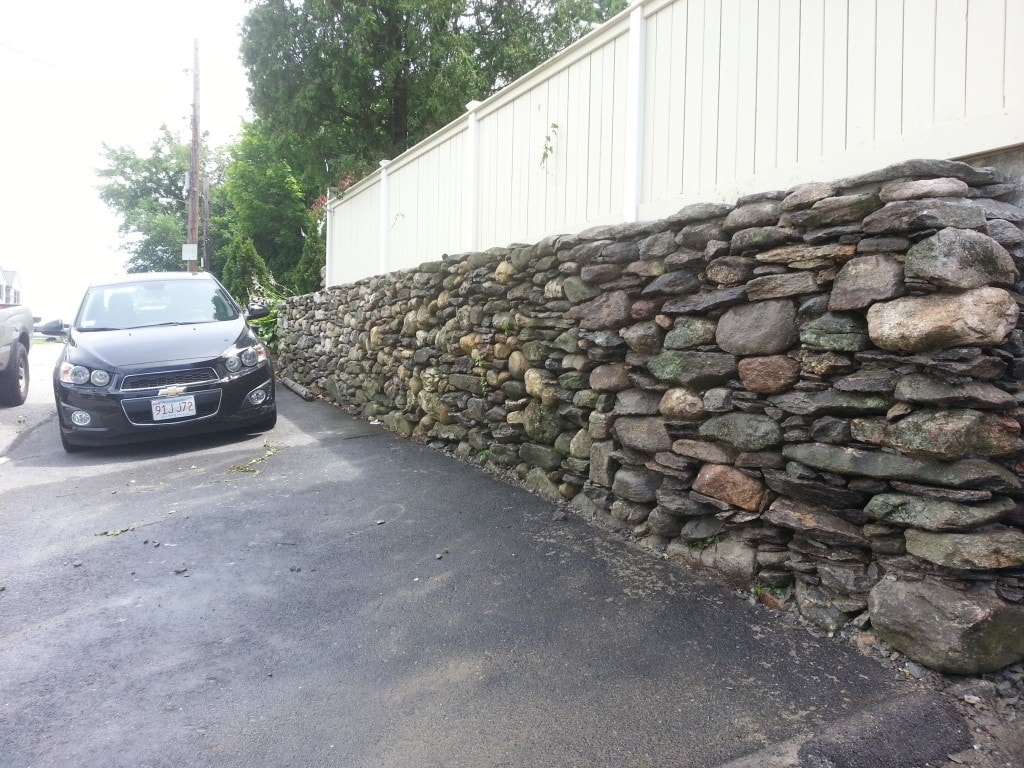 A hand cut number plate for this entry column in #

Wrapping up a unique stone installation in #carlis

A dry stack fieldstone boundary wall at this home